This July at BBQ Bazaar Burleigh Near Our Burleigh Heads Accommodation 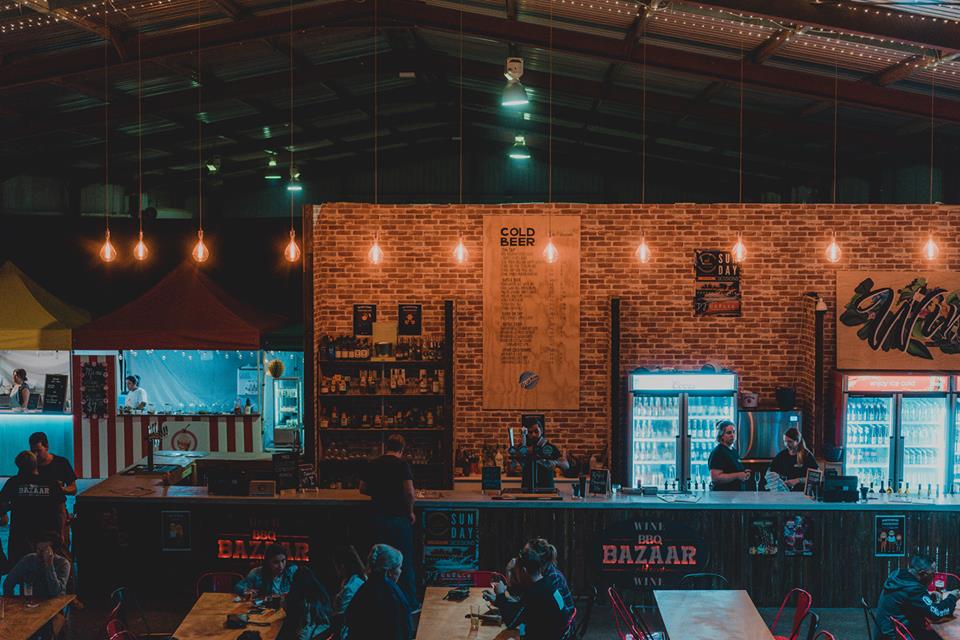 Don’t Miss What’s On at BBQ Bazaar in July with Burleigh Surf!

Round up your family and friends and head to the Gold Coast this July for five explosive live tributes at BBQ Bazaar – Burleigh’s number-one night market and live entertainment venue.

Situated near Stockland Burleigh Heads Shopping Centre, BBQ Bazaar Gold Coast serves up thirst-quenching cocktails and spirits, a mouthwatering BBQ menu and a lively atmosphere at the heart of the Gold Coast, and it’s also the home of the some of the best monthly live music near scenic Burleigh Beach.

This July, BBQ Bazaar has five world-class tribute shows in store, and you can be sure not to miss out with our beachfront Burleigh Heads apartments at Burleigh Surf. Located just a few minutes’ ride from BBQ Bazaar, our luxury 1, 2 and 3 Bedroom Apartments offer a picture-perfect holiday next to Burleigh’s stunning beachfront where, this winter, you can snatch the opportunity to enjoy cooler temperatures and fewer crowds.

Fully self-contained, modern and topped off with unmatched views over Burleigh Beach and the breathtaking Pacific Ocean, Burleigh Surf Apartments on Burleigh Heads Beach has everything you need for your next Gold Coast holiday, and by booking our Burleigh Beach accommodation this July, you’re guaranteed a handful of unmissable live shows to take advantage of throughout your stay.

The Australian Pink Show is Australia’s best tribute to Pink, the multi-award-winning, bestselling pop artist who has sold more than 90-million records worldwide.

Starring Mount Isa-born singer Kim Boath, who possesses powerful vocals and an onstage presence to rival Pink herself, The Australian Pink Show delivers a fiery live tribute that’s about as authentic as it gets. All the songs from Pink’s successful two-decade career are performed with raw passion in this all-Australian tribute, including “Beautiful Trauma”, “What About Us” and ”Just Give Me a Reason”, as well longtime favourites such as “Just Like a Pill”, “So What” and “Get the Party Started”, offering a sensational live dedication to Pink that won’t disappoint even the most diehard Pink fan!

See the talented Kim Boath as Pink in Raise Your Glass – The Australian Pink Show at BBQ Bazaar on Friday, July 5.

Made in the 80s Party

Take a time machine back to the 80s with Made in the 80s Party – an unmissable 80s extravaganza coming soon at BBQ Bazaar.

Featuring a world-class six-piece band in full 80s getup – fronted by Australian rock diva “Miss T” – Made in the 80s Party is the ultimate opportunity to experience the 80s as it was: big hair, fluorescent clothes and some of the greatest pop hits of all time. In this three-hour live show, you’ll be treated to music from 80s artists Def Leppard, Bon Jovi, Duran Duran, Bryan Adams, Madonna, Michael Jackson, the Eurythmics, Blondie, Queen and more – a sensational evening of all the best artists that made the 80s one of the most iconic decades in music history.

Party like its the 80s with Made in the 80s Party at BBQ Bazaar Burleigh on Friday, July 12.

Tap your country boots to the Man in Black and other legends of country music in Johnny Cash’s Country Legends – a country music spectacular by esteemed Queensland tribute artists Nathan Bruen and Kathleen Maloney.

Nathan Bruen and Kathleen Maloney take to the stage as Johnny Cash and Johnny Carter in this must-see country music tribute, which will also feature a medley of famous country music hits from the likes of Willie Nelson, Dolly Parton, Kenny Rogers, Garth Brooks, Steve Earle and many, many more.

Don your cowboy hat and be ready for an evening of lively country and western dance with Johnny Cash’s Country Legends at BBQ Bazaar on Friday, July 19.

Metallica – The Black Album by Ride the Lightning

Ride the Lightning are one of Australia’s leading tribute bands to heavy metal icons Metallica, and this July, they’re coming to the Gold Coast with a dedicated live tribute to The Black Album.

Released in 1991, The Black Album marked Metallica’s fifth album and also their most successful album to date. Hailed as one of metal music’s most celebrated releases, this self-titled gem topped music charts worldwide, and is still admired by heavy metal fans the world over. In this no-holds-barred tribute by Queensland’s Ride the Lightning, they’ll be paying homage to all the songs that made The Black Album such a global success, including “Enter Sandman”, “Sad But True”, “Nothing Else Matters”, “The Unforgiven” and more, as well as other celebrated songs from Metallica’s hard-hitting arsenal.

Raise your fist and head-bang to The Black Album with Ride the Lightning’s unmissable performance at BBQ Bazaar on Sunday, July 21.

Experience The Eagles like never before with The Australian Eagles Tribute Show – the number-one tribute to The Eagles in Australia.

The Australian Eagles Tribute Show takes you through the years of one of the greatest bands of all time, delivering all the bestselling hits in the process such as “Hotel California”, “Take It Easy”, “Tequila Sunrise”, “Life in the Fast Lane” and more. This talented six-piece tribute band have decades of experience under the bonnet alongside an ever-growing accumulation of performances across the country, which have yet to disappoint both casual and diehard fans of the legendary Eagles.

Celebrate the best of The Eagles with The Australian Eagles Tribute Show live at BBQ Bazaar on Sunday, July 28.

Enjoy The Australian Pink Show, Made in the 80s Party, Johnny Cash’s Country Legends, Ride the Lightning and The Australian Eagles Show this July with Burleigh Surf, where our luxury Standard and Superior Apartments offer a stunning location on Burleigh Beach that is only minutes away from Burleigh Head National Park, Stockland Burleigh Heads Shopping Centre, BBQ Bazaar and more.

Whether you’re planning a couple’s escape, a family holiday or group break, you’ll find your ideal stay with our choice of 1, 2 and 3 Bedroom Burleigh Apartments, which offer direct access to Burleigh Beach and a range of guest-only facilities onsite, including two large swimming pools, a heated spa, full-size tennis court and an al fresco BBQ area.

Make the most of a well-deserved, long stay with us at Burleigh Beach!

Enjoy our stunning features such as: